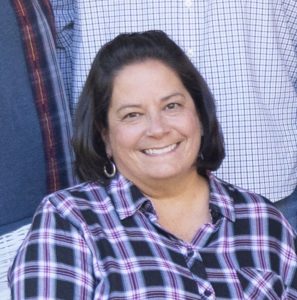 Melinda Zimmerman is the treasurer for the Committee to Elect Beth Heile. She didn’t just sign up to be treasurer because she is Beth’s sister-in-law. She grew up in politics and was interested in being involved again.

Melinda’s father, John C. Pons, was a Town of Valdese Alderman in the early 70s (yes, they were called Aldermen then) and was  Chairman of the Burke County Board of Commissioners after first being elected in 1976. During WWII, Johnny Pons was part of the 101st Airborne as they landed in France. He really served in many ways and Melinda follows that example.

Even with Johnny being a life long democrat and she was concern he may turn over in his grave, Melinda has switched her party affiliation to Republican so she can vote for Beth in the May 17 Primary.

You can trust Melinda with your committee donations. She has been through the mandatory committee treasurer training, is a counter at First United Methodist Church of Valdese to process offering money and handles the finances of the United Methodist Women and her circle. She also is a choir and hand bell member at the church. Outside of church, serving on the Burke County Board of Health for 9 years has given her insight into county operations. Having retired last year as the Director of Pharmacy at Broughton Hospital, she has a little more time on her hands and you can find her at the Zimmerman Realty office at 204 E Main Street.

She is married to Barry Zimmerman and they have two sons, Tyler and Bradley.